A tour through the iconic Thomas Wolfe Memorial house in downtown Asheville and the accompanying Visitor’s Center will give you an in-depth look at Wolfe’s ‘Altamont,’ the fictional name he gave to his thinly veiled description of his hometown in his paramount work Look Homeward, Angel. During your visit you will learn how tourism in Asheville in the first part of the 20th-century led Wolfe’s mother Julia to buy the ‘Old Kentucky Home,’ in order to capitalize on the boom, and how the house and his family shaped Wolfe’s prolific writing, which by the end of his career amounted to a million pages, although the majority were edited out of final works. 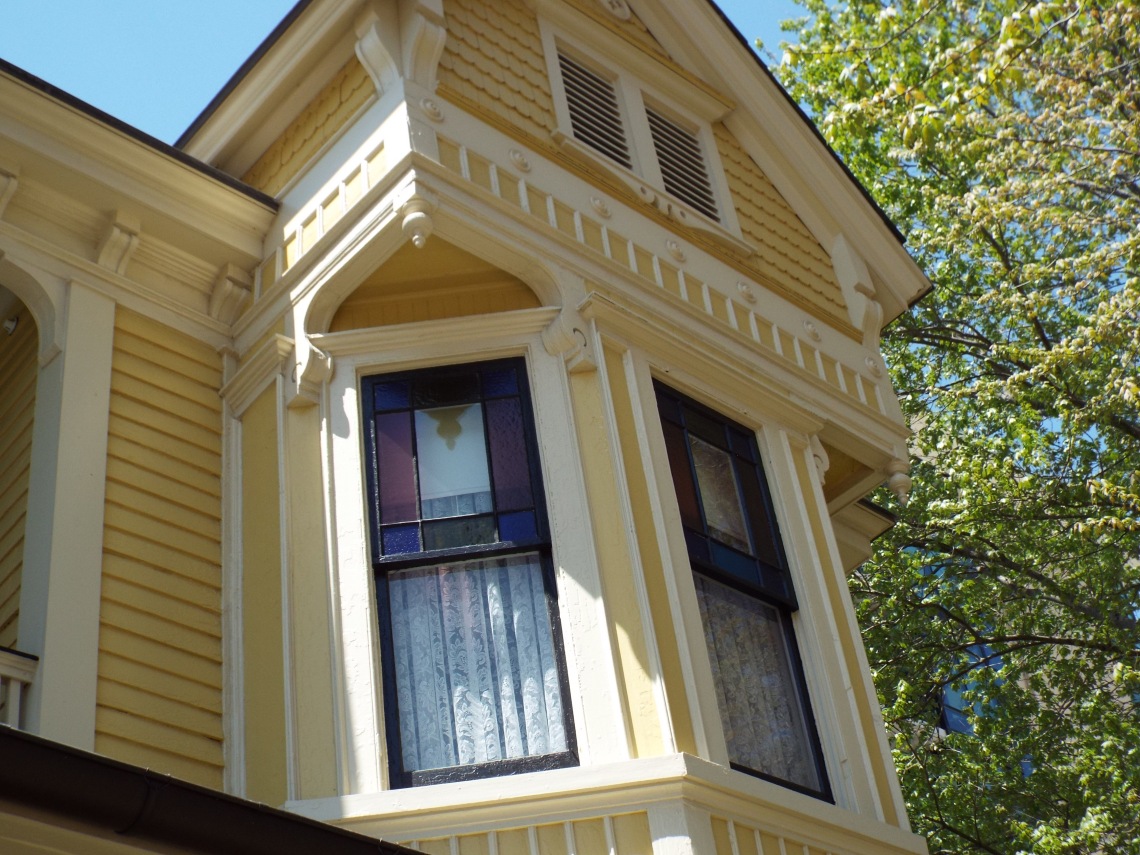 But, unless you ask, you will probably not hear about Wolfe’s married lover, 20 years his senior, who gave Wolfe the financial and emotional support that allowed him to pursue his dreams of writing and publication. It’s not exactly a secret; he dedicated Look Homeward, Angel to A.B. (Aline Bernstein), but the families of both Wolfe and Bernstein, for obvious reasons, disapproved of the dramatic love affair. 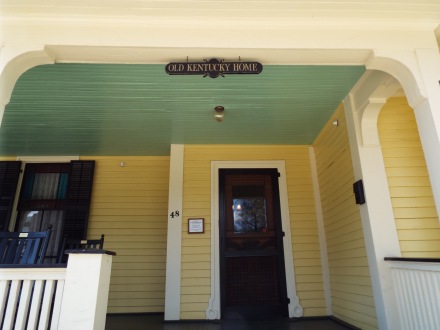 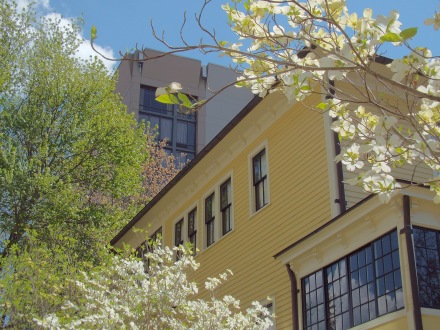 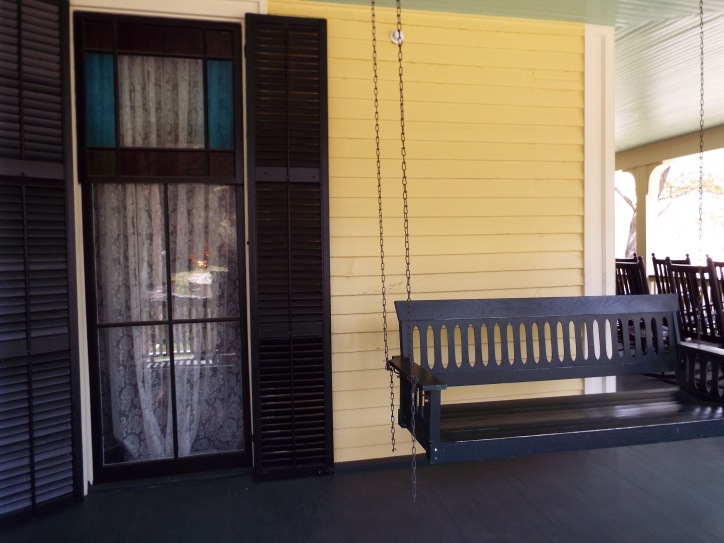 Aline Bernstein was born in New York city in 1880. She was the first woman in the US to gain prominence as a costume and set designer, and was considered one of the most important designers of the first half of the 20th century. Her father was an actor, and Bernstein grew up within the NY theatre community. Her parent’s died while she was a teenager.  Recognizing her aptitude for drawing, a family friend helped her get a scholarship to Hunter College’s School of Fine Art.

In 1902 she married Theodore F. Bernstein, a successful Wall Street Broker. She had a son, Theodore, two years later, followed by a daughter, Edla, in 1906. Still interested in art and theatre, she began to volunteer at a friend’s small theatre group designing and creating sets and costumes. This group grew, and so did Bernstein’s opportunities for design. By the mid-1920s she had developed such a reputation on and off-Broadway that her subtly suggested style was copied by other designers.

In 1925 she was forty-four, sophisticated and successful, traveling between New York and Europe to gather materials for her set designs and costumes. Thomas Wolfe, on the other hand, was just on the verge of turning twenty-five, from the small southern mountain town of Asheville, and struggling between the yearning to be a writer and doubting his own genius. Wolfe had received his B.A. from UNC in 1920 and went on to study playwriting at Harvard, graduating with a Masters in 1922. After this he moved to New York City and took a position teaching at NYU while he tried to sell his plays, including his ten-scene play Welcome to Our City.

It was at this juncture, onboard the ship Olympic returning from Europe in August, 1925, that Aline met Thomas. According to Tom Muir, director of the Thomas Wolfe Memorial, Bernstein had one of Wolfe’s screenplay manuscripts in her suitcase aboard the ship, having an interest in introducing the unknown playwright to a theatre producer in England. Although she was traveling first class and Wolfe business, one of Wolfe’s friends snuck them into the first class part of the ship, where Wolfe was introduced to Bernstein. Wolfe recounts their initial meeting in his later novel Of Time and the River:

He turned, and saw her then, and so finding her, was lost, and so losing self, was found, and so seeing her, saw for a fading moment only the pleasant image of the woman that perhaps she was, and that life saw. He never knew: he only knew that from that moment his spirit was impaled upon the knife of love.

This passage exemplifies Wolfe’s writing style, as he continues on with the description for another 300 words, ending with:

After all the blind, tormented wanderings of youth, that woman would become his heart’s centre and the target of his life, the image of immortal one-ness that again collected him to one, and hurled the whole collected passion, power and might of his one life into the blazing certitude, the immortal governance and unity, of love.

This began a tumultuous four-year relationship between the pair, so tumultuous that when it ended Aline attempting suicide. Their complicated romance is documented in the book My Other Loneliness: Letters of Thomas Wolfe and Aline Bernstein edited by Suzanne Stutman.

Although Bernstein was married with children, she was not a young mother neglecting toddlers to dabble in a love affair – her children were grown at the time of the affair, just a few years younger than Thomas himself, and Aline was a very successful woman who had to create her own path. She supported herself and Wolfe financially, while managing to keep her marriage together throughout her relationship with Wolfe. When in New York, Wolfe generally rented in Brooklyn, supposedly to keep a safe distance from Aline’s husband in Manhattan.

She says in a letter; “You are a young man, I am a middle-aged woman, but that gives me no ease or courage.”

Wolfe seems to love an idealized imaginary version of Aline, a ‘ghost’ as he states in a letter in October 1926 –

And you are a ghost, my dear, that will walk down the passages of my heart as long as I live. The pattern we wove together is fixed, absolute, like infinite time.

He admits to her in this same letter that so much of himself is going into his writing that he doesn’t have much to offer her: Badly and clumsily, because so much of me is going into the book, I unspin part of myself to you. (89)

I do not know whether these letters have been of any comfort to you or not. They have not always been cheerful, but they have been full of my love for you, and, I hope, they have rung true. My feeling for you rings true, at any rate – that is, there’s no doubting or changing it even though it’s mixed up with a great deal of torment. (190) Tom

Wolfe states explicitly in a letter from October 1933 why he loved Aline:

What I want to say to you especially is this: when I met you, you were the only person who had ever had faith in me, you were the only one who believed in me, and I think you were the only woman that ever loved me…that that woman who came to my room day after day for years was beyond every standard of comparison, the greatest, loveliest, and most beautiful woman I have ever known. And I also want to tell you that I now know I loved that woman with my life, that she is mixed into my blood, and that I shall love her forever…Aline, if you… could have known what my childhood and boyhood was like, how desperate and wretchedly lonely my life was, how I had to go on alone in a world whose people, even my own family, had no idea what I was or what I wished to do, and where I had noone to believe in me and no way of knowing whether I had any of the artist’s power in me, or was just another of the wretched, yearning, impotent young people one sees everywhere, who try to make art the basis of their life without talent, energy or creative power of any sort to see it through…” (354-355)

She believed in his genius – but felt like he needed discipline and care. Many of her letters warn him not to drink to much, and to focus more on his writing:

Darling, please be an angel and don’t get drunk, or if so not too drunk too often. You are attached to me some where by a string and it keeps pulling at me – My love to you. Aline. 3 June 1926. (47)

Tom if you’ll only work and not drink all over Europe there will be some justification for your desertion of me…Please, make a schedule and stick to it. You are blessed with genius. I love you forever. Aline (May 23 1930 (305)

The letters trace their romance from the Fall of 1925, right after they met, to a last letter by Bernstein dated May 1936, although the book ends saying “Bernstein continued to write to Thomas Wolfe until 15 November 1936.” (376). Thomas Wolfe died September 15th, 1938, just shy of his 38th birthday. The last letter to Aline in the book was December 11th 1933, and this is included in the chapter called “1933-1934: One-Sided Love,” which begins: Although she had not received a single letter from him in 1932, Mrs. Bernstein continued writing to Wolfe in 1933, vowing her undying love.” (351)

After Wolfe’s death Bernstein negotiated for years before agreeing to sell her letters – thereby allowing the entire Wolfe Collection to be given to Harvard University’s Houghton Library collection, in return for a sizable donation to the Federation of Jewish Philanthropies. This seemed to be a final power play by Bernstein, as Wolfe would use anti-Semitic insults against Bernstein in the moments that he wanted to inflict the most pain upon her, because, you know, love hurts. 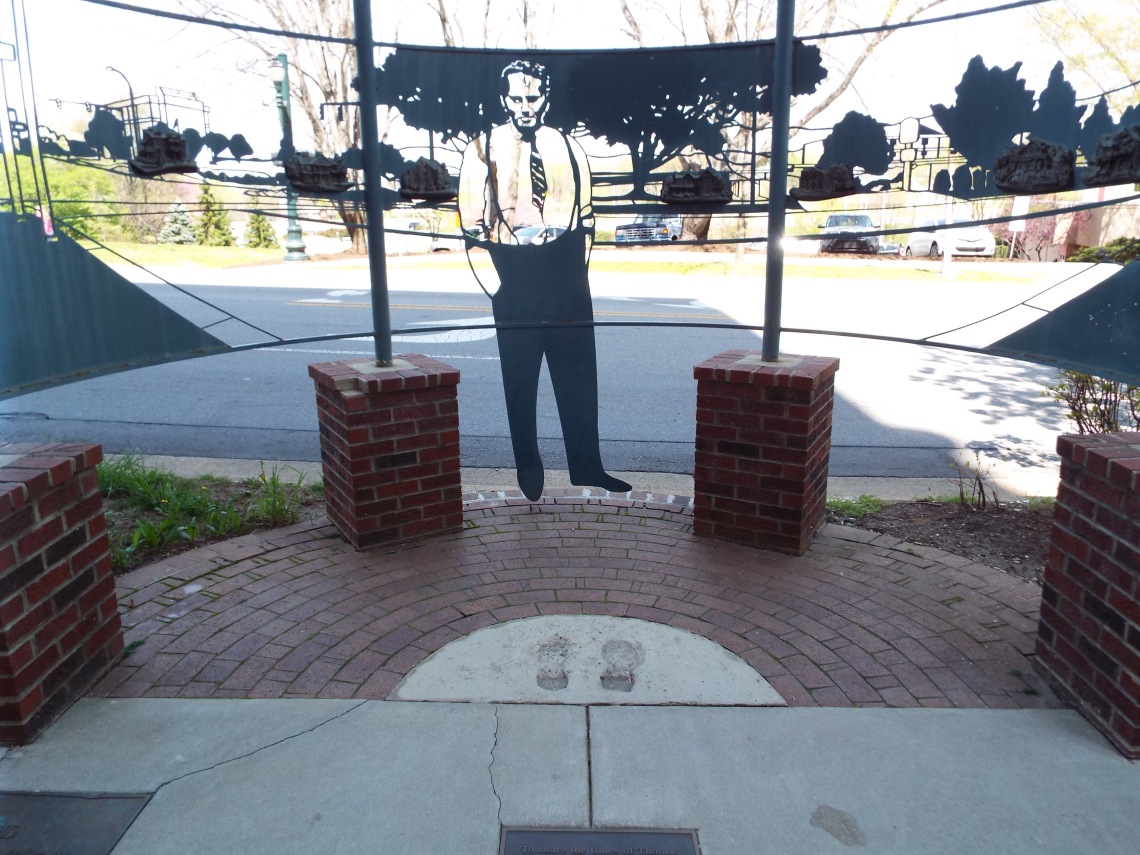